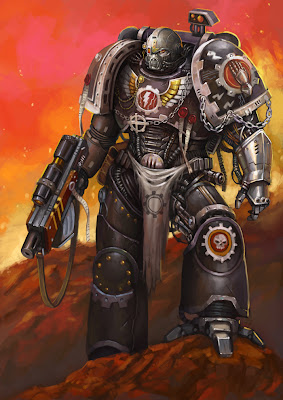 The Sentinels of Terra is the first of the codex supplements for the new Space Marine codex, and Clan Raukaan will now be the second. Even though that is only two codex supplements I believe this is the trend and what we will be seeing in the future. Lets look at its benefits.


First of all Space Marines is the most popular army in 40k by far. None are even close. So of course the Space Marines should get the most attention, and our hobbyists (us) even demand it. They simply have the most toys available.

So instead of getting an entire chapter supplement, we will be seeing different companies in the future for Space Marine Supplements. This is a good thing in the long run, as its quite possible to extend the life of 6th edition for a long long time with these. With Xenos armies, its much easier to add new factions and ways to play them, but with Space Marines, there are only so many original founding chapters to build upon. Supplements very easily extend the life of a codex, and with Space Marine Companies being featured, the Space Marine codex can really run on for years.

The most important thing though is that these codex supplements will add a ton of variety within each chapter. Already the Space Marine codex was just beyond excellent in the way it handled chapter tactics, and allowed for allied support within the codex to greatly expand how a Space Marine player will hit the table. Going the route of specific companies seems like just putting all this on steriods, and opens the possibility of chapters receiving a future second supplement. I'm sure it will be looked in to and tested, and that these two releases will be very closely monitored.

So what is next? Could supplements that were already have been ready been delayed simply because Games Workshop decided that they would start going with individual companies, and more time was needed? I don't know, but its plausible. Here is what we know......

Rumored to be done/close or being worked on:
White Scars
Ravenguard
Ultramarines
Black Templar

Now that the pattern is established, and our shock dying down, we can now look forward to future Space Marine Supplements and the wondering which of the Chapter's Company will be featured.