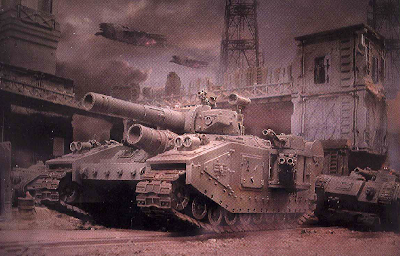 Yea, I know technically its still October (the 31st), but December is going to be uniquely exciting. There are going to be not only one new 40k expansion, but 2. These are giving us some new unique options for regular games of 40k. Yes, these are for standard games of 40k.

Please remember that these are rumors. A little salt is always required. I will need both of these.

via an anonymous source on Faeit 212
There are going to be two new expansions for Warhammer 40k in December, both pointed directly at getting new options into your standard 40k games. New Fortifications and Super-Heavy options will become available to play without playing Apocalypse, focusing instead on regular games of 40k.