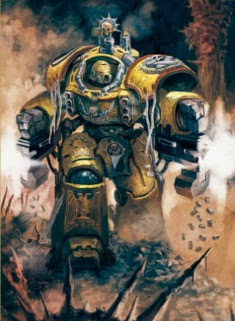 Some of the special rules for the Sentinels of Terra codex supplement seem to be leaking, although for now we will still consider them rumors. Looking for a lot of anti-infantry or added Cenurion Warsuits... then check these out.

Please remember that these are still rumors until we get something official. These look right though according the page that was released a couple a days ago by GW. Here is the link to see that.
http://natfka.blogspot.com/2013/10/sentinels-of-terra-page-revealed-kinda.html#more

via the 40K Radio Facebook page
https://www.facebook.com/pages/40K-Radio/147396461962884
3rd company special rule is “Close Ranged Bolter Drill”.
Close Range Bolter Drill: Models with this rule re-roll all failed to hit rolls made with bolt pistols, bolt guns, storm bolters, heavy bolters or combi-weapons that are firing as bolt guns when firing at a target up to half the weapon’s maximum range away. This rule does not apply to models firing Hellfire, Kraken, Vengeance or Dragonfire rounds.

Centurion Devastator squads can be taken as elites choices as well as heavy support choices in a Sentinels of Terra detachment.