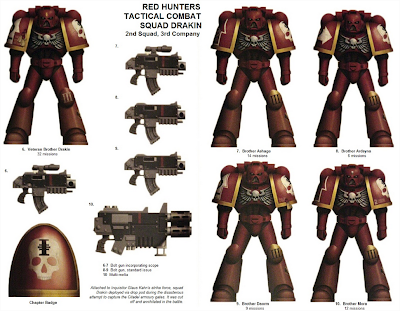 Forgeworld books for Warhammer 40k have previously said, "while this should be considered official, check with your opponent". This is about to change, and fundamentally alter how or what we are going to be seeing in our games. Like allies and double force organization, I am sure there will be resistance, but when this happens the game will fundamentally be changed and opened up for Forgeworld rules and models.


Yes, I know many of us already consider Forgeworld to be official, but this is the change that puts everyone on notice.

This is essentially part 2 of the conversation about the new Inquisition codex, but continues to the topic of how Official Forgeworld products are in 40k games.

so leaving where we left off.

via an anonymous source on Faeit 212
immediately afterward (codex Inquisition) we'll be seeing the Forgeworld forces of the space marines and inquisition to update all those rules as well.

Also, while written to be polite, the sentence that says "while this should be considered official, check with your opponent" in the Forgeworld books is being changed.

In the new forces of the SM and Inquisiton it says "these are official, but make sure your opponent knows the rules of any models chosen from this book." (quoting from memory so syntax may be slightly different)

So... Let's all welcome Forgeworld to the table.