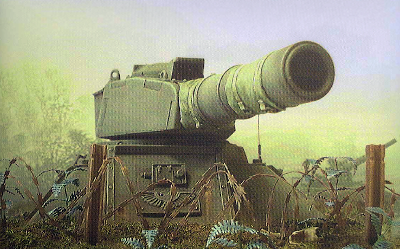 There are rumors of a Tempestus Firebase about, and the rumors of its price seem very low. So does this bundle exist? Is it coming? Well lets take a look at what a full day's results turned up.

These are both in response to trying to search out information on the Tempestus Firebase bundle. If you missed the post where we were discussing it, just follow the link.
http://natfka.blogspot.com/2013/10/tempestus-firebase-bundle.html#more

Please remember that these are rumors. salt is always required.

Tempestus Firebase
This is what it is rumored to be.
1 Aquila Strongpoint, 2 Firestorm Redoubts, 1 Vengeance Weapons Battery, and 1 Imperial Defence Emplacement. $270AUD


And here are today's results regading the Tempestus Firebase.

1. via Stickmonkey on Faeit 212
I think the terrain bundle gets announced last week of November in Dec WD, so its likely a December release.  But I was pretty sure I’d heard there were other kits in the Wall of Martyrs line due too.  A Tank firepoint and another command bunker if I recall correctly.


2. via an anonymous source on Faeit 212
Here are some Teasers
The bundle is coming as a Christmas release.