How the Inquisition Will Work: Ally Intended Codices 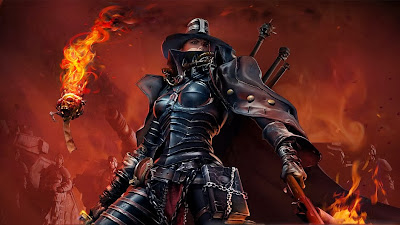 For all of you fearing how the Inquisition will work with other books, here is a good response from a good source that has been around here for quite some time. In fact as I have been reminded, we were talking about these mini-dexes here on the site about a year ago, and on and off behind the scenes as well.

So I have been told this will be a codex written to be a battle brother army to the Imperium, meaning yes, it will take up your allies slot. So if you were a little panicked, that Inquisitors would be able to join any allied forces, and still allow for an allies slot, this bit may calm that down.

So what about the Forgeworld Chapter Tactics that we have been looking at (Red Hunters)? It will be updated.

Please remember that these are rumors: A huge thanks to this source in particular, since its so easy for us to get all hyped and misdirected about how this supplement will work.

via an anonymous source on Faeit 212
Codex inquisition still uses your allies slot.

They were written as "battle brother allies" in witch hunters and grey knights before the allies rules were actually implemented an edition later. Now they'll play that way, requiring a troop etc

The difference now though is that the troop choice can be the retinue, full of fun stuff, or the retinue can be an HQ choice without taking a slot so that you can take storm troopers.

It's not a full codex in a sense, you'll find fast attack and heavy support a little light on options.

It's the first of what will be ally intended codexes which as I explained about a year ago can stand alone, but not with the same breadth as other armies.

Also, immediately afterward we'll be seeing the Forgeworld forces of the space marines and inquisition to update all those rules as well.
10/30/2013
Natfka
40k, 6th Edition, Rumors, Warhammer 40k