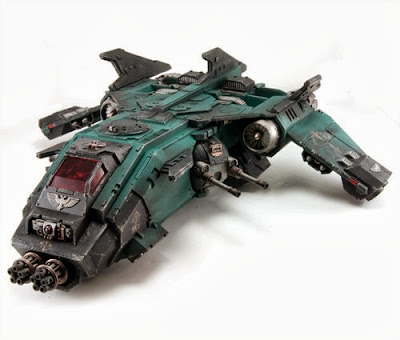 The Forgeworld Fire Raptor is now up for Pre-Orders to be released at the end of this month. It is a gunship on steroids and if you missed the rules for it, I have a link for you below the break. Its a beautiful model, and one that I am probably going to have break down and get.

The Horus Heresy book 2 Massacre is now available, and up for sale on Forgeworld. Of course there is a number of chapters that are in this new Horus Heresy release, including The Iron Hands, Salamanders, Night Lords, and Word Bearers. 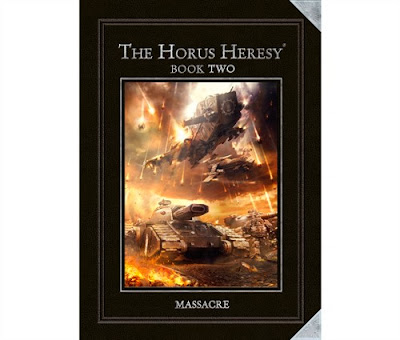 Horus Heresy Book Two- Massacre
http://www.forgeworld.co.uk/New_Stuff/THE_HORUS_HERESY_BOOK_TWO_-_MASSACRE.html
via Forgeworld
Word of Horus’ treachery escapes Isstvan III and now the Legions loyal to the Emperor mobilise to make Horus and those who follow account for their crimes. However the depth of the betrayal is yet to be revealed.

The Horus Heresy Book Two - Massacre is lavishly illustrated in full colour and contains the dark deeds leading up to the terrible slaughter that unfolded during the Isstvan V Dropsite Massacre. Also detailed are the histories of the four legions that took part: The Iron Hands, Salamanders, Night Lords and Word Bearers, and an extensive campaign system so you can play out the battles on the tabletop. This book also contains additional entries for the Space Marine Legion Crusade Army list presented in The Horus Heresy Book One – Betrayal, as well as games rules for the Primarchs of the four newly described Legions, super-heavy vehicles and special characters featured in the story. £70.00

Fire Raptor Gunship
http://www.forgeworld.co.uk/New_Stuff/FIRE_RAPTOR_GUNSHIP.html
The Fire Raptor Gunship is a specialised variant of the Storm Eagle known to have its origins in the Imperium’s dim and distant past. The vehicle is configured to maximise ammunition stowage in order to feed the voracious appetite of its numerous weapons and this is achieved by sacrificing the Storm Eagle’s transport capacity.


The secrets of the Fire Raptors construction were lost sometime after the Horus Heresy but Fire Raptors are now being fielded in increasing numbers across the countless war zones of the 41st Millennium, suggesting that an as-yet unidentified Adeptus Mechanicus Forge World or Adeptus Astartes Chapter Forge has come into possession of a complete STC imprint. £95.00
10/23/2013
Natfka
Forgeworld, News Headlines