Dwarves Moving Up to the Front Lines 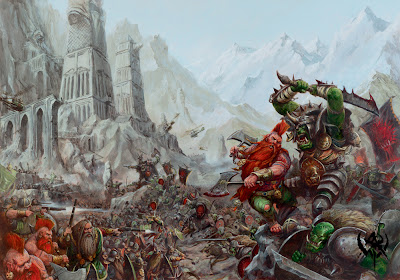 Dwarves are rumored to be coming out soon, February at the earliest point. So when we start hearing reports of models not being restocked, we start fitting together pieces of the release puzzle to get an idea on what is coming and when. So check out the following.


Please remember that these are rumors, and could possibly be an indicator of an upcoming Dwarf Army book release.

via an anonymous source on Faeit 212
The                    store has not received a restock of pretty much everything to do with dwarfs for at least 3 weeks.  These were items of which he had at least two in stock at all times: cannons, bolt throwers, grudge throwers, gyrocopters, miners, thunderers/quarrellers.  These are finecast and plastic items.

We only noticed last week that it had been a really long time since he'd gotten anything in.  I know dwarfs aren't supposed to be until early next year, but we noticed the same thing with some of the space marine items prior to their release.
10/28/2013
Natfka
Dwarves, Rumors, Warhammer Fantasy