The Evolution of Sisters of Battle: Revealing Pics of the New Release 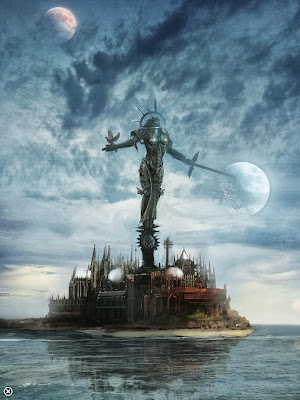 The above image is a released picture from the upcoming release via the Black Library.


The Black Library has now released a couple pages out of the new codex on their blog, and wow, its nice to see some changes happening. This will be a well received codex update for the all the Sisters of Battle hobbyists out there. So while I am not going to show off all the pages, here is the link for you to follow and check out the main troop choice of the Adepta Sororitas.
http://www.blacklibrary.com/Blog/Codex:_Adepta_Sororitas.html

So wow, 60 points for 5 Sisters of Battle, and up to two special weapons.... Whoa. This will be fun. The Adepta Sororitas will be welcomed back to the tabletop in the next couple weeks.

via the Black Library
Existing players will also notice a few other changes, particularly the way Acts of Faith work with your army. There are even a few additions that other newer Codexes don’t have, such as Apocalypse Formations and Altar of War scenarios.

Another released image via the Black Library 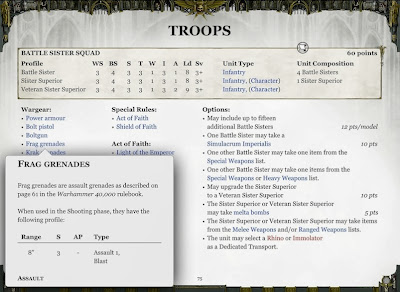