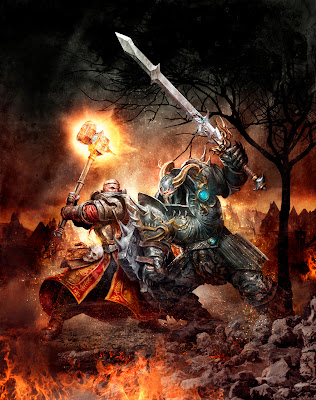 
Please remember that these are rumors. When something has been announced, they become news stories, so until then always use a bit of salt.

via an anonymous source on Faeit 212
Triumph and Treachery is an expansion that allows 3 or more players to battle upon the tabletop....... and in the end, there can be only one.