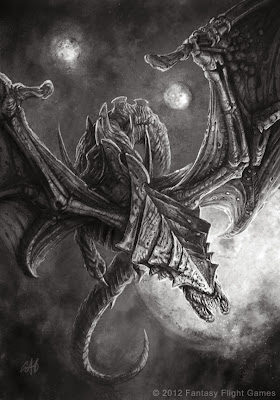 I received this email last night, and thought it was worth a online response, just to give an idea that while Forgeworld's response doesnt mean anything beyond replacing wear and tear, the timing of it could lend itself to something.

Moulds in this industry have to often be redone, as they do wear. So when we hear of models not available because "it needs work", then that is often the case. The only thing that pulls this out of the ordinary wear and tear on moulds is the timing of it, that Tyranids are rumored to be up for pre-orders at the end of December for a January release.


So while there has been no real rumors for anything Tyranid like in a bit, thought this might help feed the beasts out there.

via the Faeit 212 inbox.
I dropped on to Forgeworld site and noticed the Harridan is ‘Out of Stock’. Odd for a made to order model. Called FW and spoke to someone about when we could expect them back in stock here’s a summary of what I was told:

Out of stock because ‘it needed work’. So they’re doing work on it.

The model that is used to make the mould needed work. That meant it had to go to the sculptor but he’s busy doing Primarchs.

At first he had no idea when it would be available again. To my question, “If I wanted to spend my Christmas money on one of these what would you think of my chances?” his chuckled reply was “I’d say that wouldn’t be a problem”.

Maybe someone with a better knowledge of how FW works and the processes they have would be able to either squash this rumour early or lend it some weight?
10/23/2013
Natfka
40k, 6th Edition, Rumors, Tyranids, Warhammer 40k