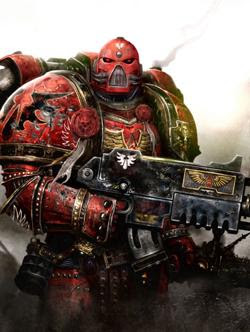 On Wednesday we had a rumor that the Jon Sullivan Artwork shown below was to be the next Tyranid cover, and there was a pic of it. However, it was widely thought to be a fake.

Also below, the Horus Heresy and some of the first hints of a Blood Angels codex.


Previous Rumor that the pic below was the cover of the upcoming Tyranid codex.
http://natfka.blogspot.com/2013/09/rumored-tyranid-cover-found-probably-not.html

via an Anonymous Source on Faeit 212
this is artwork created by jon Sullivan for a BL book/audio and not for the upcoming codex cover.
HH betrayal book should be up for release November / December.
Codex BA is being worked on but is still about a year away from hitting the shelves.
looks like BA are most likely having units from codex SM previously not available being added to the codex. 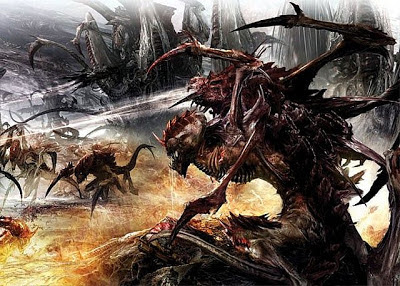