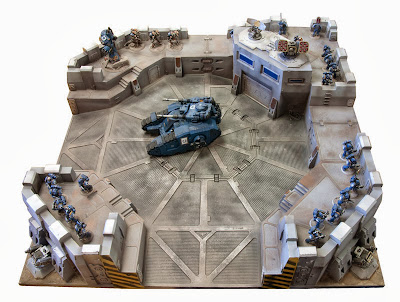 Two new Forgeworld releases are up today that will be up for pre-orders this weekend at Games Day UK. Forgeworld is going all out for the event with lots of new releases, and of course how can we forget, the Horus Heresy Book 2. Lots of exciting things, so check out the latest below, and this weekend as the pics of the event start to unfold, I will get up as much information about what is going on there as I can find. 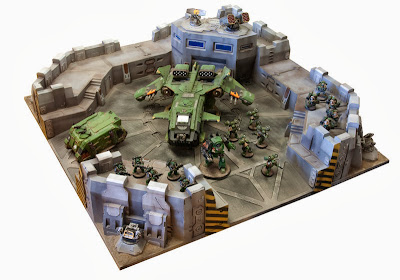 Designed by Blake Spence, the Realm of Battle Space Marine Castellum Stronghold is a 24" x 24" (609 mm x 609 mm) tile which can fit the Citadel Realm of Battle board. The model features areas that can accommodate Tarantula Sentry turrets, and its design allows several boards to be put together, expanding the size of the base. The Castellum Stronghold will be available as a pre-release at Games Day UK in limited quantities. 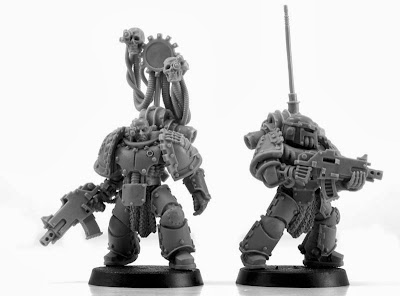 Since the dark times of the Horus Heresy, in honour of their Primarch Ferrus Manus, the Iron Hands ritually replace their right hands with a mechanical augmentation; to them flesh has become symbolic of weakness and weakness is something that they will not tolerate.

Designed by Israel Gonzalez, the Iron Hands Legion Squad is a five man multi-part kit fitted out in Mk III Iron Armour that features many details such as cybernetic limbs, a nuncio-vox and an auspex. This kit will be available as a pre-release at Games Day UK in limited quantities.
9/27/2013
Natfka
Forgeworld, News Headlines