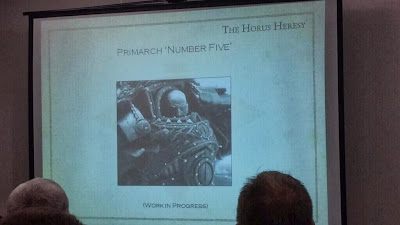 Check this out..... Sent into me by Neil from Tykens Rift...... This  is a pic of Horus a WIP model from Forgeworld, and was just now revealed in one of the events. Thanks Neil.

via Neil from Tykensrift (he is at the event right now, so expect a great report later)
Hey Natfka,
Here's a pic of the dropsite massacre board though and a sneaky WIP of Horus!!
He's being worked on now and will hopefully be ready around late spring.


Also another pic sent in along with it from Games Day UK that you just have to check out. 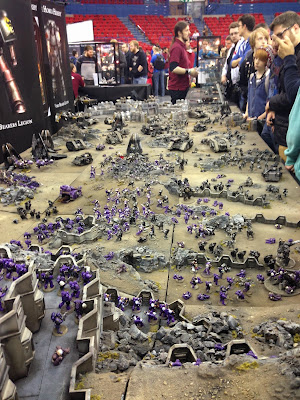