A New Dreadclaw by Summer, and the Kharybdis Assault Claw by Christmas 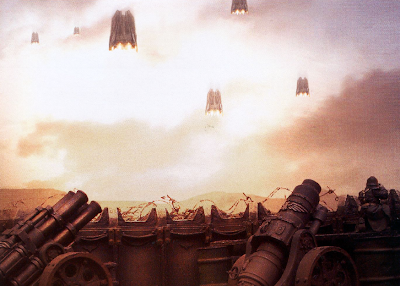 Yesterday we had a discussion and letter from Forgeworld explaining that the current Dreadclaw is done for. Lucky for us, we have some great information that a new one is being made and will be here sometime next summer..... or winter if you are south of equator. So get ready, the sky might not be falling, but you had better be watching for what is coming out of it. 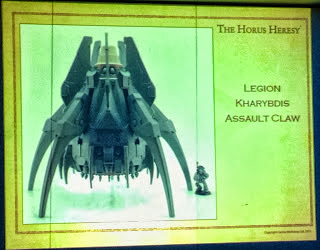 Please remember that while these are from a great source, they are still rumors at this time until something official is released. This was a response from the source of the information to the article yesterday about the future of the Dreadclaw. It can be found here at this link. http://natfka.blogspot.com/2013/09/the-future-of-dreadclaw.html#more


via an anonymous source on Faeit 212
Moulds age. Eventually Forgeworld models need to be retired. The dreadclaw was a pain to cast and build with lots of errors.