October Releases: A Month of Possibilities 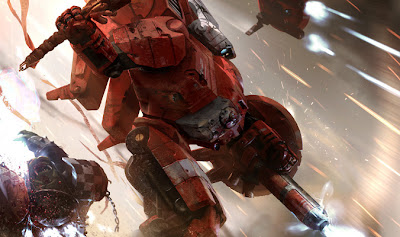 October is right around the corner, and already we know two things for the month, Dark Elves and Farsight are the months releases. There are a couple other releases that are right around the corner, that we are looking at for possibly coming in October, and I am imagining that we will be seeing pics from the White Dwarf to uncover these secrets sometime this week or weekend.

Please remember that below these are rumors that have been collected here on Faeit 212 over the past few months. So dedicated readers already have heard these, there are no new rumors listed here, but instead a look at which ones might come this month.

Other Possible Releases
Inquisitor 40k Skirmish Game
It has been said that there is no secrete black box release for October. While that right now seems to be the case, we are all looking at the possible release of Inquisitor, a 40k skirmish game. There is absolutely no information on when this will be coming out, and October has always been the month we look to for game releases like this. So will Inquisitor come out this next month? It would be a fantastic surprise.

White Scars Codex Supplement
We have been told now a couple times that this will not only be the first supplement release for Space Marines, but that it is just around the corner. October seems the right timing for this, and even it is done and printed, it may or may not be October. We are just waiting for any signs from the White Dwarf or other whispers of what is coming.

Ravenguard Codex Supplement
Supposedly the second codex supplement from rumors, we have heard nothing about this one for a while now. It would be great to get this one, as I know a lot of Ravenguard fans are slightly disappointed right now with them.

The Black Legion Codex Supplement
We already have the digital copy, but are simply waiting for the print copy release to catch up with us. It seems like its just too much to get all the way caught up with print releases this month, but here is hoping.

Ultramarines Codex Supplement (November)
I only mention this one, because there was talk that GW was trying hard to get this supplement ready to go alongside the release of Tyranids in November. Perhaps a mid-month release for November.

Tyranids Codex (November)
Tyranids are heavily rumored to be in November, so really anything besides perhaps an Ultramarine codex supplement release would not fit here. November will be a fun crazy month, so whatever GW can squeeze into October seems important if its going to make it out before the end of the year.

So of the possibilities, there is quite a bit to make October an exciting month. Thus far, only Dark Elves and Farsight are on the table, and we should be getting much more information by the weekend.
9/16/2013
Natfka
40k, 6th Edition, Dark Elves, Release Schedule, Rumors, Warhammer 40k, Warhammer Fantasy