Tyranid Confirmations and the Tyranic Wars 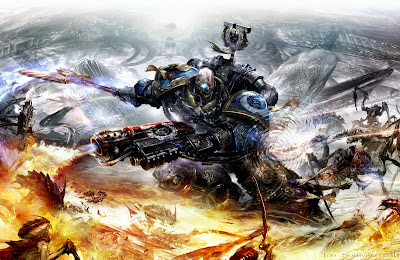 I have been getting many source confirmations of Tyranids for January, with pre-orders in December, so it seems the information is wide spread. So while this is another confirmation for a Tyranid codex, there seems like there could very well be something else for November coming.


Please remember that these are rumors. The first confirmation is a solid source, and the second.... well, an unusual source that is stepping in to help as well.

via an Anonymous Source
This is me confirming Tyranids in January.

Expect a supplement and/or warzone in November though that involves Tyranids. Ala Ultramarines 3rd Company (Tyranic War Veterans), or Warzone detailing a war against Tyranids.

via an unusual anonymous source
Tyranids in January I'm 100% certain it's true, though, and the only thing that could change it would be GW changing their plans at the last minute.
9/21/2013
Natfka
40k, 6th Edition, Rumors, Space Marines, Tyranids, Warhammer 40k