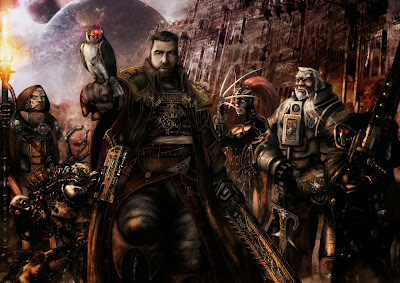 A couple new rumors today are pointing towards the 2 month Dark Elf release that we have been talking about earlier this week. This very much sounds like a separate confirmation (and not a repeat of rumors here). So here is the latest, on two things.........

via zhangyi on Warseer
so it's clear now, that DE will be released during two months. October we will have warrior, witch elves, blood throne, Kharibdyss (dont know what is it), and a plastic shadowblade.
as we can see GW has put bg, chariot and dark riders to next month along with innocence(the 40K table game,i'm 95% certain that it will be in November). for good reason we can split our money to two months. that's really kind.
for the price:
shadowblade, £12
warrior,£20
witch,£35
throne,£45
kha…balabalabala,£40