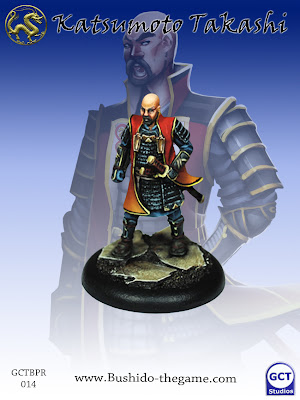 Bushido is a small Oriental Fantasy Skirmish game, with one of the most unique combat systems I have seen yet. Its a fun game, that I have yet to get enough games in with, and yet I have fallen behind on the latest for this game. So here it is, for the Prefecture of Ryu, the latest model set to be released in the next Wave. Less than a month to go before this release hits.


via GCT Studios
http://www.bushido-thegame.com/content/takashi-line-grows
Takashi Katsumoto - Prefecture of Ryu
Sensei at the Koryu school in Ryu, Katsumoto has for many years passed his exceptional tactical skills on to the sons of the Takashi clan. It is recognised that much of the military success in the Dragon wars was down to Katsumoto’s cunning. Katsumoto spent much of his formative years in the lands of the West, studying in the further flung schools, tirelessly researching the local teachings of warfare, always hungry for knowledge. On the battlefield Katsumoto is the personification of calm, every move is considered, every order weighed. Those who have faced the old warhorse know that there is never an easy victory when Katsumoto Takashi is your opponent.

With under a month until Wave 14 is released you can expect a flurry of promos in the coming weeks, also look out for a brand new scenario! 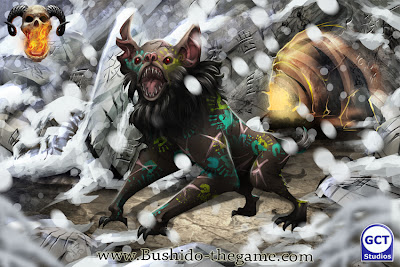 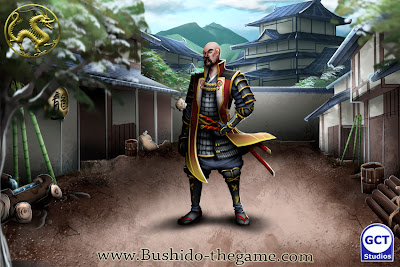