Presence of Faeit: There is Just Never Enough Time 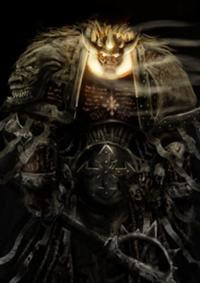 Well, its the end of one week for myself, and the beginning of another. Last week was just too busy to get a lot done, and modelling mat has been jammed full of Dropzone Commander models. I really need to get these painted, but also know just how much work my eldar really need atm.

I think time right now is my biggest enemy. I really need to get more games in, and I am hoping that things will start settling down so that I can do so. There is just so much to get done, and not enough time to get things painted.

On My Table
Dropzone Commander
I literally have 5000 points of Dropzone Commander to get painted. Having now two armies (Scourge and UCM), I would love to have both painted up and ready for games. How to get these done is just killing me.

Terrain
I am starting a new terrain push to get much more terrain built and ready for the 40k table as soon as I can. It would really be so much easier if I just broke down and picked some up (I may end up having to do this if its affordable). I am trying to be able to field 4 tables at once here at my house, with the intentions of a tabletop gaming day once or twice a month.

Rumors
Where'd they go? There is always a lull of rumors after a big release, but I am hoping that this next coming week we will see them start to pick up again. White Scars are supposed to be right around the corner, Tyranids with a new codex, and of course I am just waiting for more information on the skirmish game Inquisitor.

Looking forward Dark Elves are here with almost certainty, and Tyranids the month after. What a cool month November will be.

Armies I would just love to Start
There are a couple armies I would love to get a move on with, and I may do so after some time. White Scars of course are just the ultimate ally for both my Imperial Guard and Eldar. With Imperial Guard, it just screams lots of fast moving armour with scout, and some big guns to back it up.

So beyond a small detachment of White Scars, the other army I would love to get to work on, are the Word Bearers. After reading The First Heretic (Novel) by Aaron Demski-Bowden, the Word Bearers would be and will be my next foray into Chaos Space Marines. I literally just love the background, and want to build this army.