Fantasy Flight Games is releasing yet another expansion pack for X-Wing, the Imperial Aces Expansion Pack. It will include two new TIE Interceptor miniatures and new pilots, upgrade cards and more.

Here is the latest for X-Wing 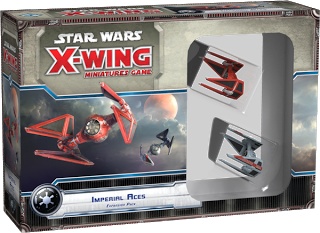