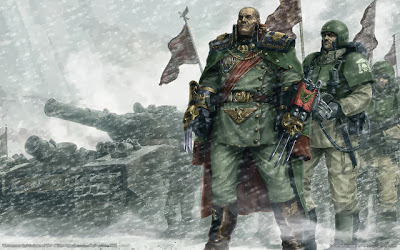 Imperial Guard, one of the armies that people knew me by for years, is starting to come around. In 5th edition I had 100's of games in with the army, and now in 5th the army has sat mostly idle, as I have returned to my Dark Eldar. So its exciting when the Imperial Guard start getting rumors, here is the latest.

via Bell of Lost Souls
These rumors come to us in multiple sets, and we have ordered them from most trustworthy to least based on a variety of "truthifying methods":