Can Forgeworld Move to the GW Site? 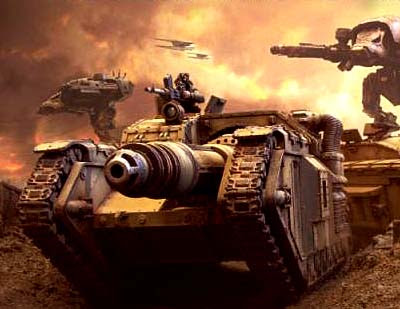 There has been rumors that Forgeworld is moving to a new GW site, that will be set up for the Hobbyist's. It would include painting and tactical guides, as well as special content. This bit dives head into the specifics of why Forgeworld cannot make this move, and why it shouldn't.


Please remember that this is by no means an official statement or opinion of GW. These are considered to be rumors

via an anonymous source on Faeit 212
Forgeworld isn't going on the normal GW site.  There's been talks about it about a year ago, but it would change the costing and generally increase the cost of Forgeworld by a huge margin due to a number of factors (some of which have been openly disclosed on your very site).  While to the frothing rabid hate-mongers that is the Internet version of GW's fanbase, that may seem like a "great idea!" for GW, but internally it is recognized as a colossal failure to the public/hobbyists.  That said, in my opinion what stops them there is more of an anticipation for lower sales, as opposed to trying to keep people happy.

As it stands Forgeworld is incredibly profitable with it's far lower cost of operation than GW, but it also has far less production capability and requirements, alongside a far smaller number of units sold.  In the past we've seen GW's profits increase, despite unit sales declining, and that has been due to cost increases. Increase cost per box 5%, reduce sales 6%, and you'll still see an overall increase in earning due to the reduced production cost that no one factors in.  You're selling less, so you're making less.  In essence, you end up earning more, which looks really good for investments.

Some people recently compared the costs of the plastic commander vs. commander culln, where one is mass produced and the other hand poured.

It's worth noting that the templates for injection molds cast an unfathomably larger amount than the pour molds.  The sculptors get paid the same, but know that they have to limit themselves in different ways because it's done in different mediums.  GW sculpts are intended for plastic, a lot of them are now done or redone in CAD.  FW hand sculpts all of their characters.

Next, Forgeworld simply can't mass-produce items like GW can, and if out of nowhere everyone wanted a Forgeworld special character in the same numbers as that GW commander, they would end up backlogged for months, which would drive people irate for different reasons.  "Save 4 gbp" isn't really going to satisfy someone waiting 3-4 months.  Also it's the same team casting all the models, so you wouldn't just be waiting for that commander, you'd be making other people wait for their other items too.

If the demand was suddenly there for foregworld at a GW level, they'd have to switch their production methods and with that would change their costs and quality (it would decline in detail, but also reduce warping) and in turn would kill off their own demand.

It's niche.  It will stay niche.  Despite it's growth, which has in turn seen ample growth in forgeworld staff, it's cost to return ratios remain more linear: as they increase their supply capabilities they likewise increase their costs for production save for the initial investment of paying a sculptor.  Which, truth be told isn't so much the case, as the FW sculptors have been getting paid more as of late to accommodate the success of the business.