Tyranids Moved Up to December? 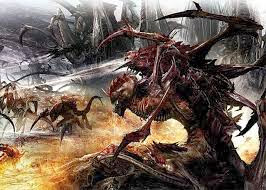 Is it really possible that everything that appears to be set for December could be changing? This rumor tends to go in that direction, saying that a certain model was just not up to standards. According to this rumor bit, something like that could throw a wrench into the release schedule, and everything could be moving around.


Please remember that this is a rumor. Right now I have no idea where this stands.

via a very anonymous source on Faeit 212
current GW managerial chart says that's Smaug wasn't good enough for the studio, so GW have had to go back to the drawing board, moving current releases forward so they don't miss the Christmas release window, Nids moving up to Dec, dwarfs in Jan 2014.

They'll still do the collectors releases for the hobbit, scenes from the film and such, just no new hobbit box.
11/05/2013
Natfka
40k, 6th Edition, Dwarves, Rumors, Tyranids, Warhammer 40k