The Inquisition: How it can be used. 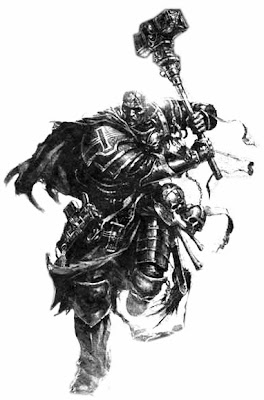 It appears that the rules for creating your Inquisitor and retinue are about to go into overdrive, as it this rumor from a good source shows get tells us that most of the book is dedicated to just that, and little else. What else may be in there I dont know.


It does reveal though that an Inquisitor can be taken as a mandatory slot for any Imperial army. So with this, I could very easily play my Space Marines, with Imperial Guard allies, and have the whole thing ran by the Inquisition. Oooooo.

This rumor does reveal though, that we will see no new foc selections in it, but I am going to imagine from what we have been told previously that we can still take a Coteaz (without Coteaz) detachment as a primary or allied force.

There are limits based on which Ordo you are on what you can take in your retinue.

The whole book is just for creating 1 HQ choice, which can be taken by any Imperial army, including as the mandatory HQ.

i.e. you could have a space marine army without a captain/librarian/chaplain/master, lead only by an Inquisitor.