Pictures from the December White Dwarf are Circulating 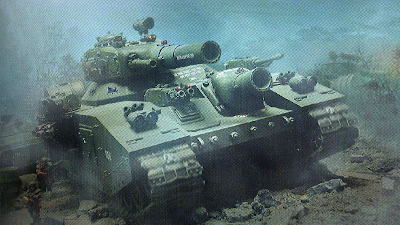 December's White Dwarf has apparently been received by someone, and the images are out now floating around the internet. Someone always gets their copy in the mail early. There is a lot of Hobbit, Escalation, and Stronghold Assault among the pictures leaked. Of course the rumor we had last week or so, describing the cover of the magazine looks accurate.

Here is a link to sites that may still have the images up.
http://astropate.blogspot.com/
and of course Dakka always has pics up on their forums

With Stronghold Assault and Escalation coming this month, its going to be very interesting to see what these bring to the game when its fully revealed. I do hope that a digital version of both of these is released alongside the print copies.
11/27/2013
Natfka
News Headlines