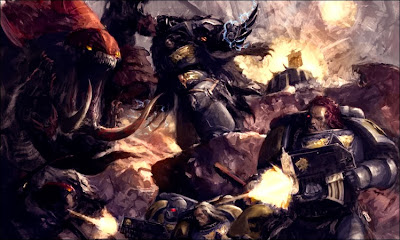 This Tyranid thing is just about killing me. Simply because we had several sources here that have a solid track record saying Tyranids are moving up, mostly due to issues with the Hobbit and more specifically the Smaug model.


This mornings rumor, is telling us that Tyranids in December is not going to happen, and that the Smaug issue is not enough to move the release forward. Tyranid rumors are exhausting of late.

via an anonymous source from the Faeit 212 inbox.
- Nids still in January
As I was told, it`s false to asume that Nids are preset to December because of the Smaug disaster

- Smaug
The Dragon was not rejected by WB due to the model but due to the size. GW was told when they want to make one it has to be in the same proportion as the
other model range leaving us with a roughly 35” Dragon which is not going to happen
11/23/2013
Natfka
40k, 6th Edition, Rumors, The Hobbit, Tyranids, Warhammer 40k