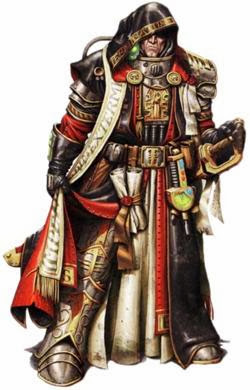 With the latest Inquisition codex there are questions as to updates for the Forgeworld Inquisitors Solomon Lok and Inquisitor Rex. Both of these are beautiful models that I like quite a bit, having had the chance to see them first hand on several occasions. So will there be an update coming?


via two separate emails about Inquisitor Rex and Solomon Lok
I emailed Forgeworld last night asking if Inquisitor Rex, a Grey Knight unit, would be available for Inquisition armies as well and they replied that although there were no plans to update him he can be run in Inquisitorial Detachments.


With regards to Solomon Lok and Hector Rex, the only real changes would be with regards to Psychic Powers, being chosen from Codex Inquisition.  Other than that, there aer no real changes need.  So, we will update their rules at some point in the future.
11/26/2013
Natfka
40k, 6th Edition, Forgeworld, News Headlines, Warhammer 40k