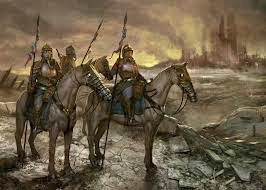 A lot of rumors in the past have mentioned Forgeworld becoming more mainstream, in fact we have had these rumors coming for the past year (kind of like the bits on mini-dexes..... hint hint). In doing so, there has always been a production issue, as my understanding is that Forgeworld does not do large production runs. With the down scaling of finecast, and of course the end of metal, new production capacities may be coming up that would allow for Forgeworld to increase production.

via Tim on Faeit 212
GW plans to use freed production capacity (through the end of Metal and Finecast) with the production of FW-Models.

At the moment FW do not plans with Plastic.