Tyranids Getting Ready for Launch 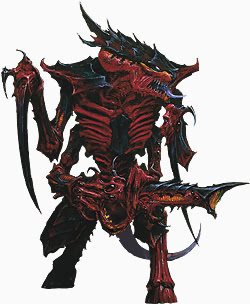 There has been some rumblings across the rumor mill, that there has been a change on the Games Workshop site having to do with Tyranids. Could this be a precursor to their imminent release?


What has happened is that Tyranid Warriors are now listed under HQ along with their original location under Troops. The ruckus this caused late yesterday was that Tyranids are getting ready to be launched. I will admit I do not keep track of where units lie on the GW site, but apparently many other people are watching.