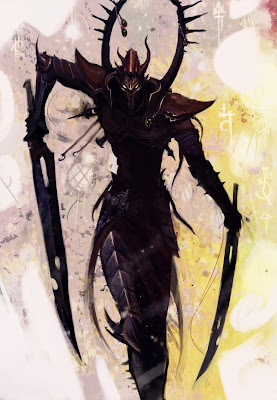 Another release schedule for 2014 was released today, and I am not going to go too much into it. I will say however that I think the list goes from fairly known and talked about to finally with Dark Eldar.


Don't get me wrong, with the recent possible change up in the schedule, its possible that something scheduled out in 2015 would be bumped up slightly, after all everything else seems to have been. Long time readers know that anything Dark Eldar related means, I will be on it.

Please remember that these are rumors. 2014 is going to be a good year for Warhammer 40k and Fantasy.

You should treat each quarter as less reliable than the one preceding it.  Q4  would certainly allow 1-2 more releases. Based on this list the following armybooks/codeces would still be left un-updated for both systems: