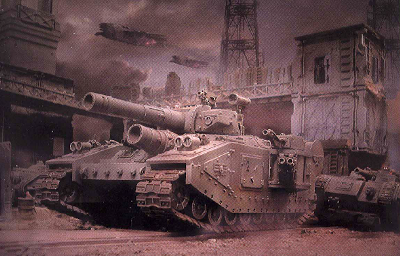 There are more people coming around now with information on one of the two 40k game expansions for regular 40k. The first of course is Stronghold Assault, and the one now being talked about is Escalation. This is the supplement that allows super heavies into the normal game, in a Lord of War slot that each army will have access to.

Please remember that these are considered rumors.

via musical fool on the Bols Lounge
I have had this confirmed that the supplement which will allow players to use superheavies in regular games is to be released a lot earlier than what we have been hearing about with GWSs getting their copy in the next couple of weeks/before the end of the year.
11/21/2013
Natfka
40k, 6th Edition, News Headlines, Rumors, Warhammer 40k