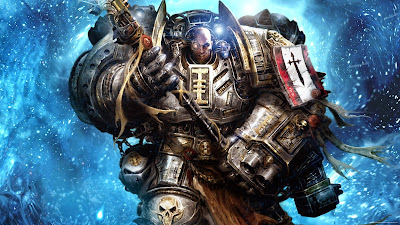 The Inquisition has brought about an odd scenario, where the same units, and in this case the same character, are duplicated between codices. While we have been told that these duplication's right now do not invalidate each other, there are some longer term implications for these.

What will happen to Grey Knights? Adepta Sororitas? And will Deathwatch somehow be involved?


The Inquisition getting its own codex, and with the probably assassin's codex to follow sometime in the near future, we are looking at some codex issues for armies down the road. This trend for mini-dex's has great possibilities, but once you start including the same units in other codices, does this create problems? The calls of a copy paste of units into another dex seems to bring forth a lot of angst through the community. So what is the future going to look like?

Other Options
It may come down to the decision by GW designers that the Inquisition or at least part of it (a single Ordos), should remain in the current Grey codex. I could see this happening, and even a means for it to happen down the road.

For example if the Inquisition was to remain with the Grey Knight codex, it would only seem prudent that only one Ordos was included, the Ordo Malleus. This makes sense from a Grey Knight perspective, but what about the other Ordos in codex Inquisiton?

How would something like this look in the future for a codex line up?
Grey Knights: Ordo Malleus Included
Adepta Sororitas: Ordo Hereticus Included
Death Watch: Ordo Xenos Included

This could also allow for retinues to become more unique between the Ordos, something I would look forward to seeing.

Not only would that be a nice way to include the appropriate Ordos with other armies, it would also allow the Inquisition codex to be updated in a logical way, and even possibly expanded upon in the future. Besides a codex Death Watch would be an instant seller.

I really doubt this is the direction we are going, but I thought I would throw that out as my thoughts for the Inquisition in the future.