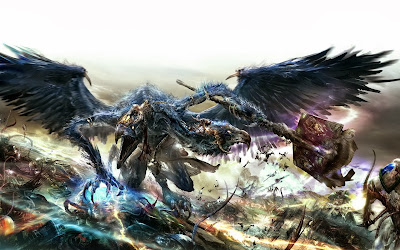 There had been rumors of a combined Chaos Gods codex now for some time, and the rumors had always pointed to Tzeentch being done first sometime next year, possibly June or July. This morning we have a bit that moves that timeline up, and answers some of the investigative questions regarding the Nurgle and Khorne leaks we have been seen.


via an anonymous source from the Faeit 212 inbox.
very little plans have been made for khorne or nurgle supplements and they are unlikely to include large model waves. Tzeentch will be the first of the supplements in feb but I doesnt know of any models to be released alongside.