Codex Inquisition and Games Over 2000pts 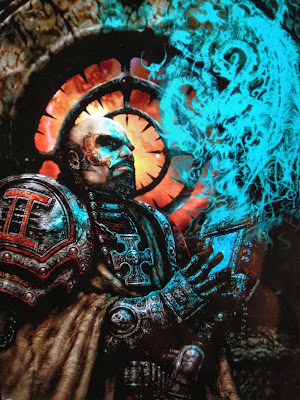 Of course I am going through the Inquisition codex, and have come up with odd things, and some quite fun ideas. For those of you that are considering this a simple cut and paste, I think there are enough differences and opportunities in this codex to warrant its place on the tabletop.

The first one: How 2000+ point games work for the Inquisition
Games above 2000pts:
Now to explain how this works you must know how the Inquisition codex handles its own unique Inquisitorial Detachment Force Organization Chart.

It simply states that your only mandatory selection is an HQ unit. Then your optional selections are an additional HQ and up to 3 Elites.

Grey Knights as a Primary Detachment
One of the most interesting things in this codex, is that it is not meant to invalidate the Inquisition out of the Grey Knight codex. Before we start calling cheese on this, realize that the Grey Knight codex is not yet written for 6th edition, and that things could change. Its a long ways out.

With Grey Knights as a primary detachment, or even as a secondary for that matter, you can take Coteaz and load up on troop choices, and then add in even more inquisition to spice things up. That would be One Hell of an Inquisition force. One that would not be that hard to muster up for those of us that have quite a bit of Inquisition as it now stands.
11/16/2013
Natfka
40k, 6th Edition, Warhammer 40k