GW to Help Forgeworld with Production, and Finecast's Final Days 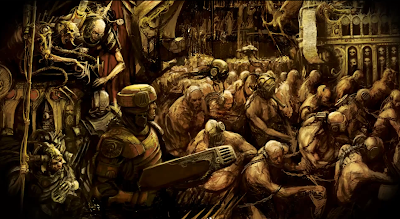 We have been talking this week a lot about Finecast being replaced by plastics, and this little rumor bit says that this is going to happen at a much faster pace than we had originally thought. I would assume that would mean we will start seeing finecast kits replaced almost monthly once the new year starts.

Another subject here that have been part of discussions behind the scenes, has been how Forgeworld can keep up with production becoming more mainstream. This bit has an answer to that.

Please remember that these are rumors, and touch on several subjects that tie into model production.

via Tim on Faeit 212
GW wants to have Finecast gone faster than originally thought. In future releases even more plastic will come.

Releases like the Dark Elves over 2 Months will be often.