The Hobbit Miniatures Revealed: Where is Smaug? 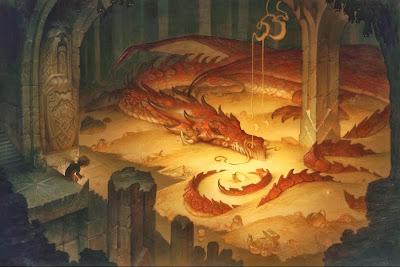 The movie the Hobbit: Desolation of Smaug comes out on December 13th. Alongside that this next month we will be seeing new miniatures released by Games Workshop and a new expansion book for the game, the Hobbit, an unexpected journey.

We have already seen a list of models that are going to be released, and interestingly enough there is no Smaug model to be seen. Recall the rumors?

I am not going to go into the full release, as you can see here what they are going to be.
http://natfka.blogspot.com/2013/11/december-releases-revealed.html

So what do you think? Is a Smaug model going to be released? We have had many rumors saying no, or that it was not working out, but Smaug would be a cool model to own.
11/28/2013
Natfka
News Headlines, Rumors, The Hobbit