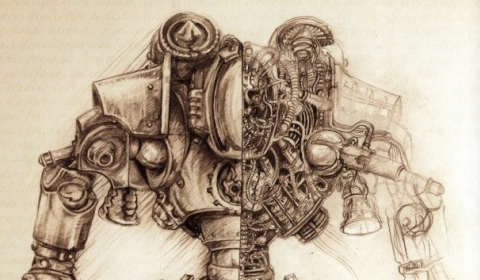 These images were leaked yesterday, and it just took a while for them to reach everyone online. The pics are of a Thallax carrying a new weapon, a new Realms of Battle Board, and some painted plague Zombies or chaos cultists.

The pics themselves originally come from the Forgeworld blog, and they are next week's blog #7 pics. I am assuming they were meant to be released next Monday, but they were already on the site.

I wont mention where they were found, and please do not do so in the comments below. Even though they were on the Forgeworld site, please consider these rumors, as they have not been released, and we do not know 100% that they will be released. Only that they were there.