Legion of Damned as a Primary Detachment 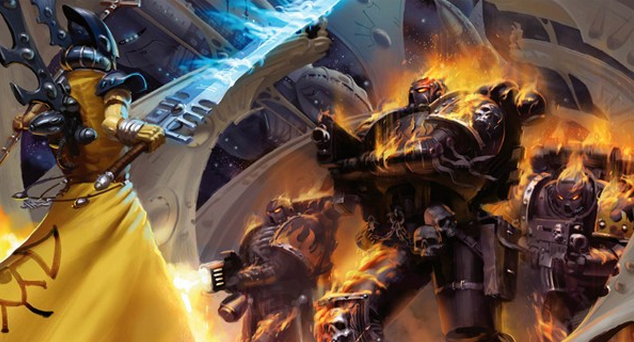 It appears that a couple things have been discussed about the new Legion of the Damned codex that is coming out digitally next weekend. According to Eddie over on GW Facebook, you can take the Legion of the Damned a primary detachment, and they will come with thier own warlord traits.


via Eddie on Games Workshop Digital Facebook.
The Codex lets you add these dread warriors to a whole range of armies, or even form the primary detachment for your force.
There are also new warlords traits, a relic and three new Echoes of War missions to play.

There is no print release due for this title, so if you want it, you'll ned to get one of the two digital editions, which between them cover almost every device you could want to read it on.
- Eddie
2/23/2014
Natfka
40k, 6th Edition, News Headlines, Space Marines, Warhammer 40k