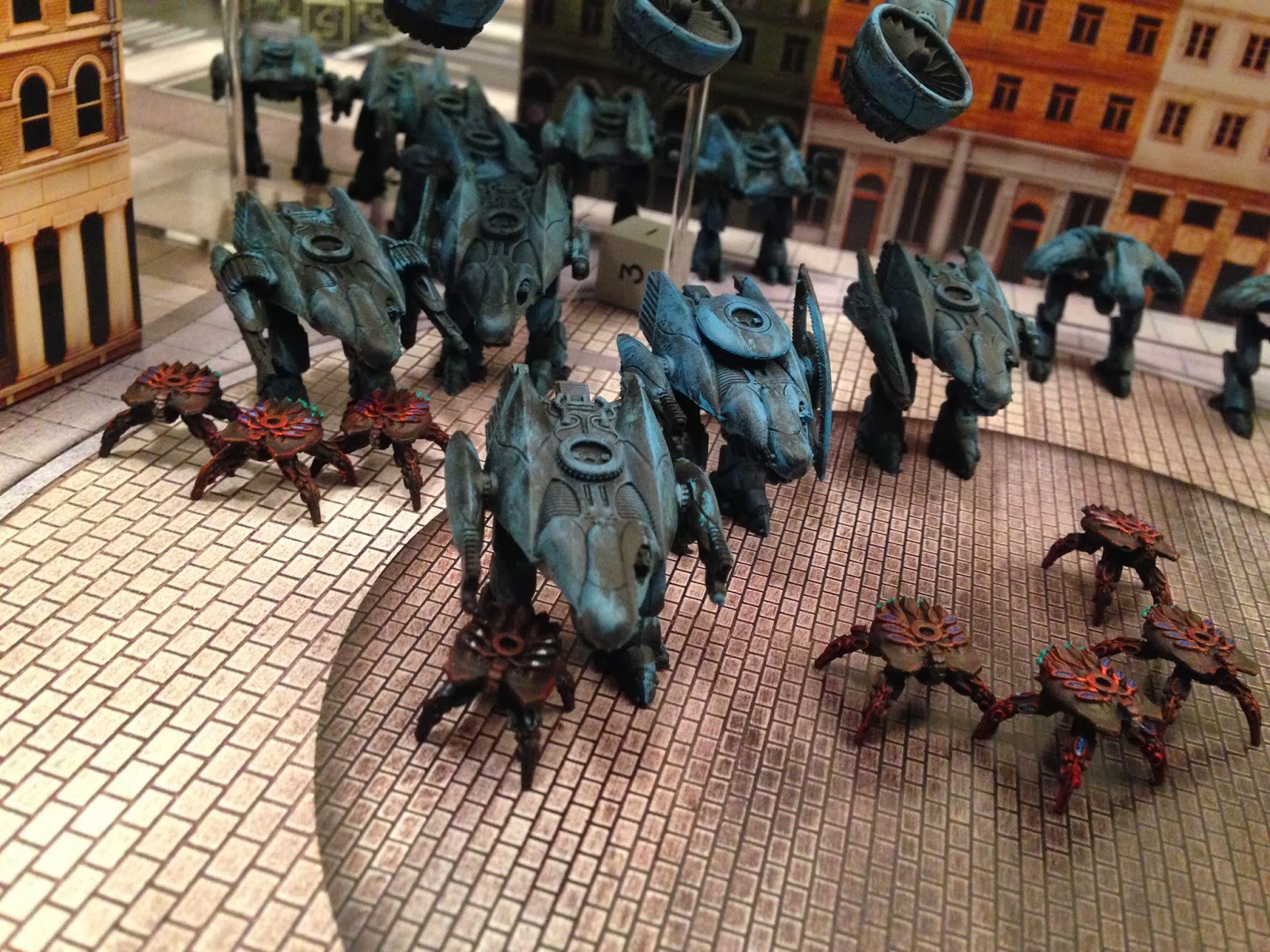 I will admit to falling asleep today and sleeping late. Up all night and into the morning with a lot of Dropzone Commander, some Hell Dorado, and of course Warhammer 40k. Even after going to bed finally at 5:30am, kids just dont let Dad's sleep. So today's articles are all a little bit behind, as I try and get few Zzzz's


As you can see in the pic above, I was battling hard against a 1500pt PHR force, and I was hitting them hard. However I do not think I have ever,..... I mean ever seen someone make around 20 sequential 5+ saves. I think he missed one in there, but it was rediculous. Needless to say my tactics were strong, and flawless as we hit the halfway part of the game. His invulnerable type 2 walker's dice, were stronger than anything I could throw at them, and the rest of the game, I was caught in in front of a viscous PHR firing line.(not where you want to be)

Here is a preview of one of the new models I got from Cypher Studios yesterday........... Ooooooo

We first saw this model back around the first of January, and while this is not a picture of my actual model, I do have one now. I will be opening up some new blisters of Hell Dorado miniatures later tonight, and taking a look at the new hardcover books for the game. 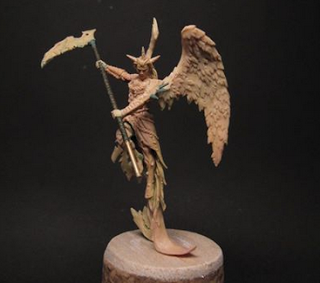