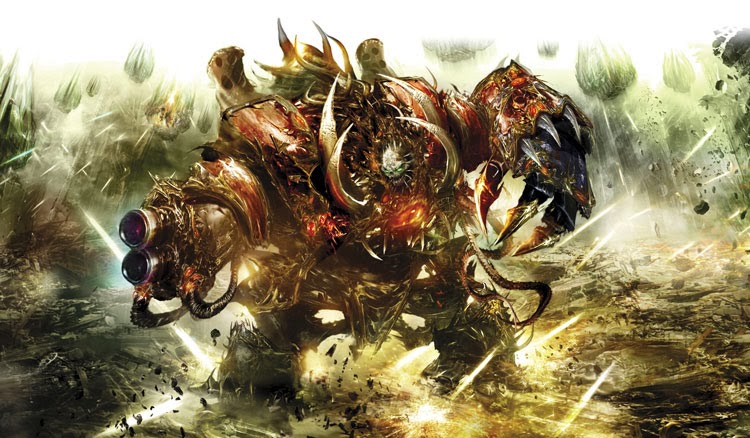 We are now seeing leaked images of a new Helbrute model that is making the waves, all around the net. Of course they come from 4chan, but these look legit. Could this be the rumored release of Chosen models, as well as a new supplement with Veteran upgrades?

If these are indeed for the second week in March, its going to be a very spectacular month, one that a lot of people will be jumping in on. These defiitely look like more White Dwarf or Warhammer Vision leaks.

Here is a link to the new leaks, where there are 3 new images which were first leaked on 4chan and then picked up by 40k radio.

Pics have been removed from these sites.