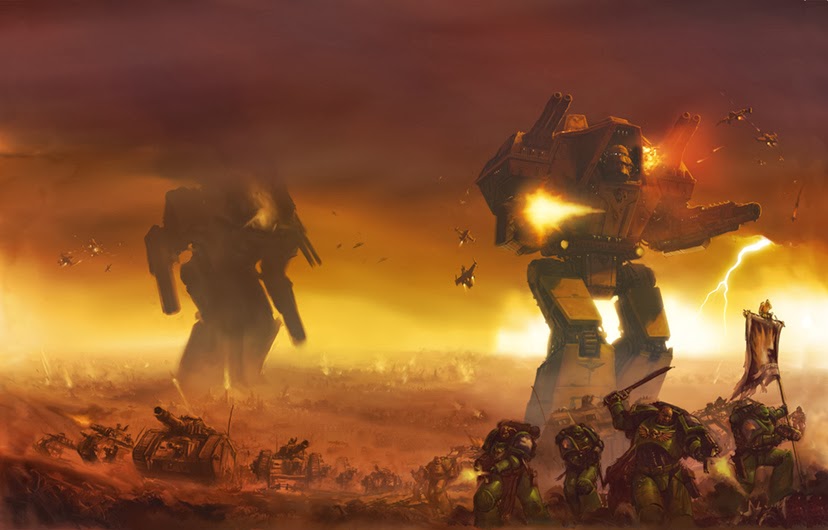 They are here, Imperial Knights leaked pics and rules. It looks like the rules from 4chan are very similar to these leaked pages from the White Dwarf. Lets take a look.


Sites are now showing off the leaks, so here is your link, and some additional information I have seen. (leaks will flow I am sure, in the next few hours on the Paladin and other rules I am mentioning here. At the moment though, only the Errant and another pic are currently leaked. give them a few minutes)
http://gmortschaotica.blogspot.com/
http://40kwarzone.blogspot.com/
http://descansodelescriba.blogspot.com/

Knight Errant and Paladin have the same stat lines and are super heavy walkers with the single facing Ion Sheilds 4++, and the invincible behemoth rules.
WS4 BS4 S10 F13 S12 R12 A3 HP6
pts are as reported