Dwarven Rules from the Armybook: Including a New Rare Unit 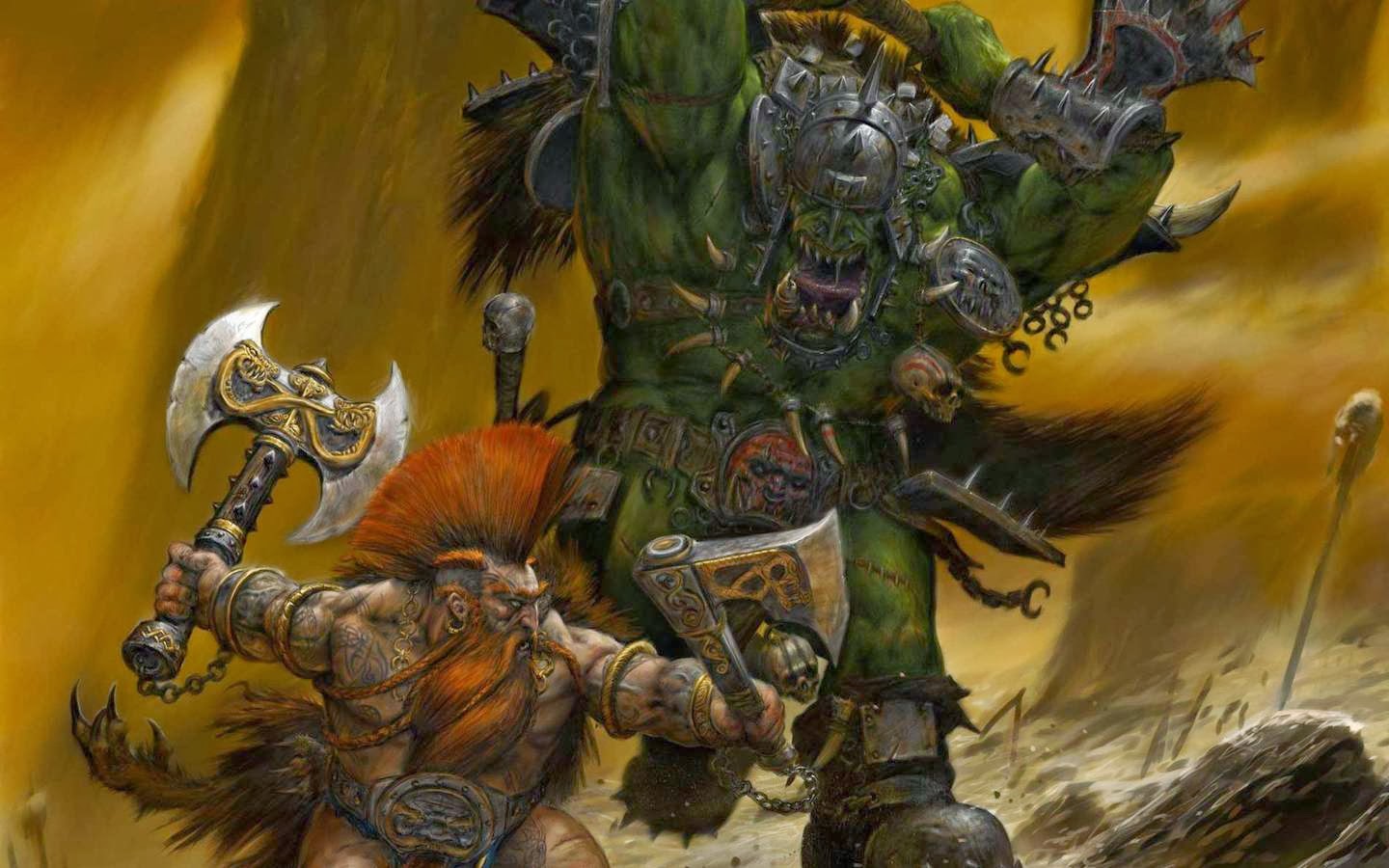 We have some solid rumors that are said to be directly from the Dwarf Armybook that is due to be released on the 15th of this month. Included are Dwarven Army rules, Warriors, Hammerers, the Gyrobomber and more, including a new rare unit........


As always these are rumors, so always take with a grain of salt, although I would put these are very reliable.

via a Must Remain Anonymous Source on Faeit 212 ****
Dwarven Rules:
Ancestral Grudge - hatred Skaven/Greenskins; everyone else has a chart.
Dwarf Made - Re rolls
Resolute - +1 Strength on the charge
Relentless - no leadership for marching close to an enemy
Shieldwall - +1 parry when charged

Hammers: don't remember points but looked the same; if general is present in unit, any, ANY model can accept a challenge.
Iron Breakers: pretty much the same, +1 parry bonus always!, stacks with Shieldwall rule, so 4+ ward save if charged!

Gyrobomber thing: in movement phase can drop bombs (place large blast, scatter, if it still hits a unit it passed over then resolve wounds, scatter from the center hole again with a small blast as bomb bounces).  In the shooting phase it can shoot its cannon.

So a bit of an update.  These are torn from the pages of the book that is due February 15th.  I cannot post the images to keep my source safe, Natfka safe, etc.

No plastic slayers.  This doesn't mean they aren't coming (because we don't have finecast versions and still metal) in plastic; just means that at the time of the books production they were not ready or painted.  We have seen this before.