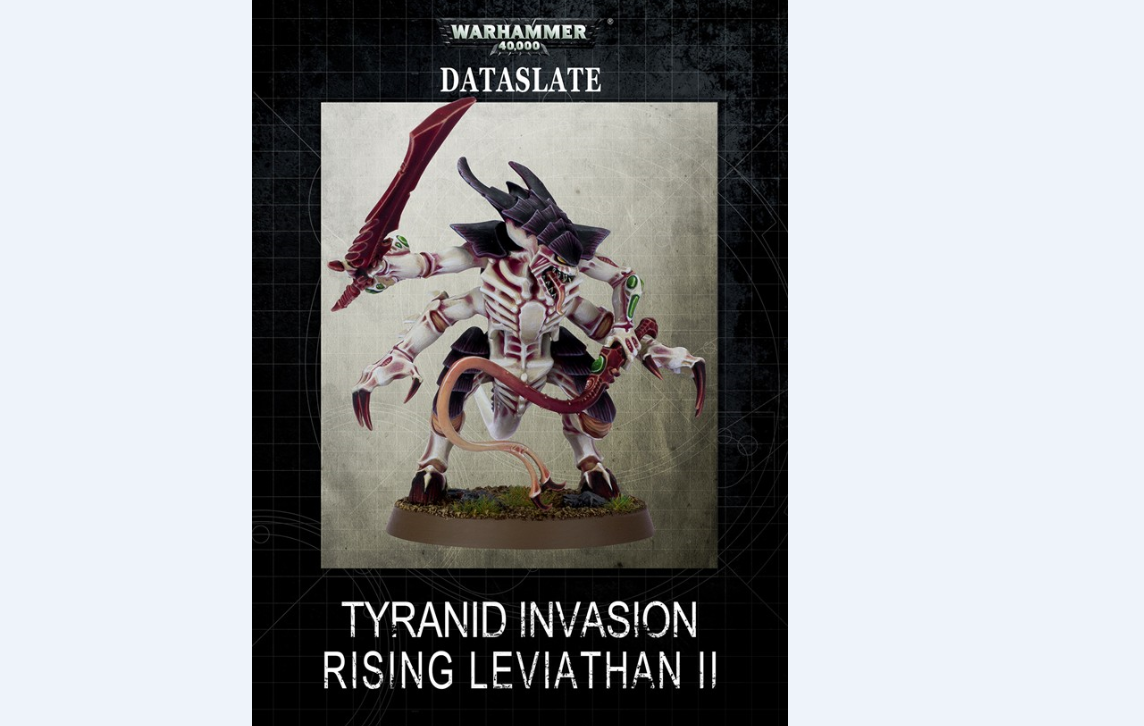 The second dataslate for Tyranids is now available for pre-orders, and already we can see the direction of it with the first of the formations given as a sample preview. This dataslate has a release date of March 1st.

via the Black Library
http://www.blacklibrary.com/games-workshop-digital-editions/Dataslate-Tyranid-Invasion.html
About the Book:
Tyranid Invasion - Rising Leviathan II is the second book in a trilogy of Tyranid Dataslates, each of which details the different stages of Hive Fleet Leviathan’s assault upon the planet of Satys. This second instalment showcases the invasion organisms of the Tyranid fleet. It contains formations, missions and rules so that you can re-create the unstoppable advance of Hive Fleet Leviathan in your games of Warhammer 40,000.

If this dataslate is anything like the last one in this series for Tyranids, we will be seeing several more formations in it along with missions and some background of the battle for Satys. There will be one more to this series coming in the next month or so.
2/22/2014
Natfka
40k, 6th Edition, News Headlines, Tyranids, Warhammer 40k