Daemon Knights of Slaanesh: A Look at Epic 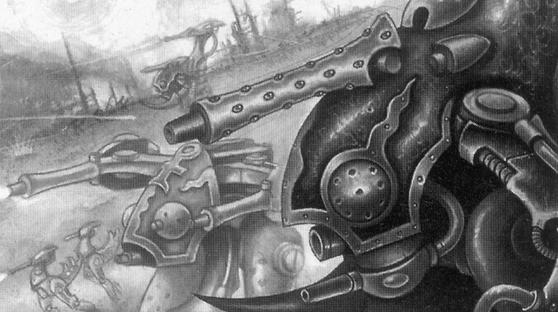 During the Horus Heresy there was a House on the World of Molech that fell to Chaos before the might of Horus. These knights in the background are called the Daemon Knights of Slaanesh and had their own models. It seems likely that these could be coming in the near future.

Even though I doubt but still hope, that we will see these Daemon Knights this release, it would not surprise me to see them in the near future.


Here is what Epic had for Daemon Knight models. 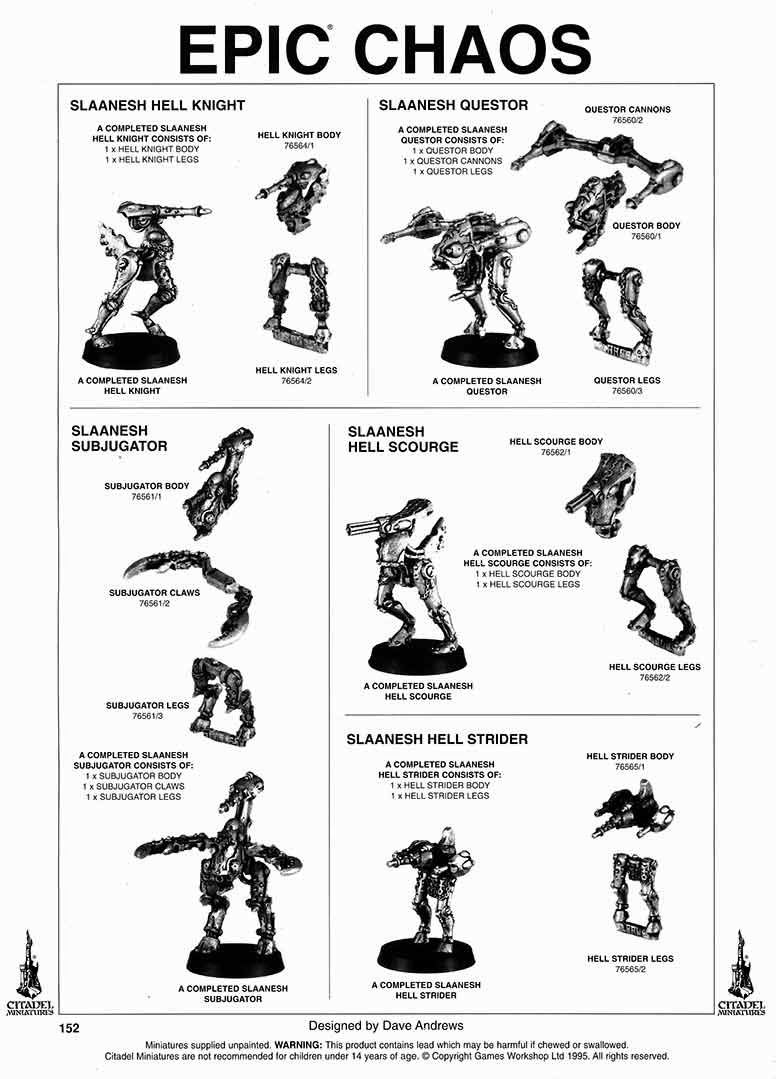 via Warhammer 40k wiki
http://warhammer40k.wikia.com/wiki/Knight
Chaos Knights
During the Horus Heresy, the galaxy was engulfed in the fiercest civil war Mankind has ever known. Those who remained loyal to the Emperor fought against their erstwhile brothers as the Warmaster Horus made his bid for power. In those days, bonds of brotherhood were shattered and mistrust was common, treachery becoming as much a weapon as Bolters and Battle Cannons. One of the more significant betrayals occured on the Knight World of Molech, located only several light years from Terra.

Horus' initial assault devastated many cities and strongholds. Amongst the victims were the world's rulers -- the nobles of House Devine. Dispossessed and unable to fight back, the Devine family slowly succumbed to the temptations of Chaos. Over the following months, the insidious whispers of Slaanesh spread through their fatigued ranks. Their officers became lethargic and interested only in their sports, using their mighty machines to hunt down the wild animals of Molech. The grip of the Prince of Pleasure grew stronger as he bent the will of the Devine. Soon, they began to meet in secret cabals, commiting depraved rites and ceremonies within the heart of the Loyalist camp. No act was too shameful or disgusting to them, as the sensations of the moment became their only desire.

Daemon Knights of Slaanesh
Imperial records are somewhat lacking in their information referring to the Knights in general, and this is only more true in regard to those nobles of the Knight Worlds who have embraced the fickle blessings of the Chaos Gods. Almost all knowledge of these Traitors comes from records concerning those of the Knights that have dedicated themselves to Slaanesh, and virtually nothing is known of those in service to the other Chaos Gods, or of those worshipping Chaos Undivided as a singular entity.


I really do not think we will see Daemon Knights this release,simply because if they are looking back to these models, these are entirely new variants and would be best with their own release. Right know all we can do is wait, but there are quite a few people still waiting and wanting to see Chaos get access to these, and I wanted to get out this information this morning.
2/20/2014
Natfka
40k, 6th Edition, News Headlines, Rumors, Warhammer 40k