Imperial Knight Shipping and Helbrutes with Other Kits to Follow 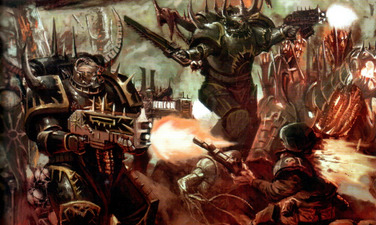 The idea that white boxes coming with Imperial Knight kits apparently has roused up some of people. Of course, I care less for the drama of a White Box, and just want to pick up my models. So here is a explanation that gets to the heart of the what is going on with the White Boxes for the Imperial Knight release, and why the model will be limited on its release day.

Also is a confirmation of a Helbrute release in March, and other Chaos kits.


Please remember that these are rumors, and rumors always require salt.

via an anonymous source on Faeit 212
1.I see all the comments about the reduction in the available Imperial Knights hitting the US recently and thought I would relay the reason. The reason for the delay is not due to US customs but bad weather regarding the shipping. Apparantly 4,000 Imperial Knights were loaded onto a boat and shipped to the US ( I don't when when, still drooling over the vision of 4,000 Imperial Knights on a cargo ship!) and due to bad weather has been delayed. As a result GW have had to fly 1,800 Imperial Knights from the UK affecting stocks for Europe and limiting available numbers on both sides of the pond. The boxes ( as per mail order) are white as the covers are normally acquired from the printers specifically as opposed to boxes available.

2. Hellbrute release dates confirmed for March as per your previous post, other Chaos kits to follow. Have not heard anything about a further supplement.