Home » Dropzone Commander » An Encounter with the Shaltari

An Encounter with the Shaltari 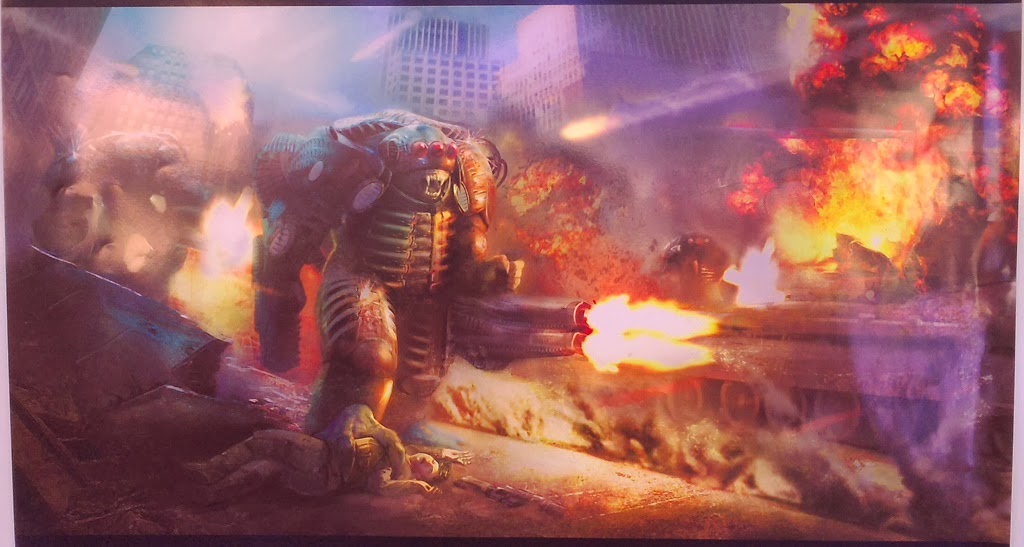 Its one of those odd things with as much Dropzone Commander I get in, that I have somehow missed games or opponents that play Shaltari. Well no longer, as a friend of mine picked up 3k points of Shaltari and came over to test his new army out.

Of course I am not going to do a battle report on this game, after it was his first time on the table with them (although he has played the game before), but I will talk about some of the fun features and sometimes scary tactics I see coming out of this army.

First off, my first impressions was whoa, they can be extremely fast and manipulative on the tabletop. Its very easy for them to control the direction of the game, as gate travel is extremely effective at taking the battle from end of the board to the other real quickly.

One of the surprising things I saw, was Infantry movement is extremely fluid and fast. This is because once you drop infantry into building you can now compete safely for that building, and you can do it with such speed that your opponent cannot slow it down very easily if you are playing your gates well. Your infantry squad literally be on one end of the board, and then enter a building on the other side, and its crazy when you thought you would be controlling that building.

Lets not forget either, that while the Shaltari infantry come with very few wounds, my God they are fast and strong in close quarter battles. I can see whole lists designed around infantry manipulation, as they even have cards in their deck to instantly materialize infantry squads to anywhere inside a command radius, including inside buildings.

I do like the Shaltari and Whoa, the Firedrake is an amazing weapon at their disposal. The Shaltari from my first impressions are an extreme finesse army, but have the fire power to back it up. Locking them down in battle when they have tons of gates on the field is hard to do, and future battles against them are going to be fun.

One last thing not related to Shaltari....... I just love Scourge Destroyers. These Exotic infantry excel at anything except taking down aircraft. I have no problems even late game charging these beasts out of buildings and directly into combat. Obviously I had fun with these guys last night bringing death to the enemy.
2/23/2014
Natfka
Dropzone Commander