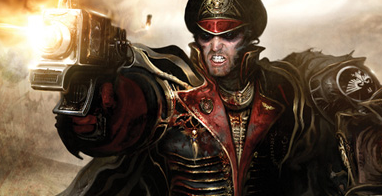 New hot off the press, 40k radio has a full line of rumors this morning that go into some of the details of upcoming releases. These include 3 armies that will become available in what looks like a full Imperial Knight Codex. Check these out.

Please remember that these are still rumors, but are most likely very solid.

The idea of Astra Auxilary units, especially the Commissariat squads really sounds intriguing. All of this of course is going to break the bank for me, as the new Imperial Knight Codex gets released (full or mini-dex) alongside an Astra Militarum codex in the following month.

Stormtroopers, Commissar Squads, and Bullgryns are Astra Auxilary. These units may be taken as "plug-ins" to other Imperial armies.

Catachans and Cadians are covered in the new codex. Catachans are not going to direct only.