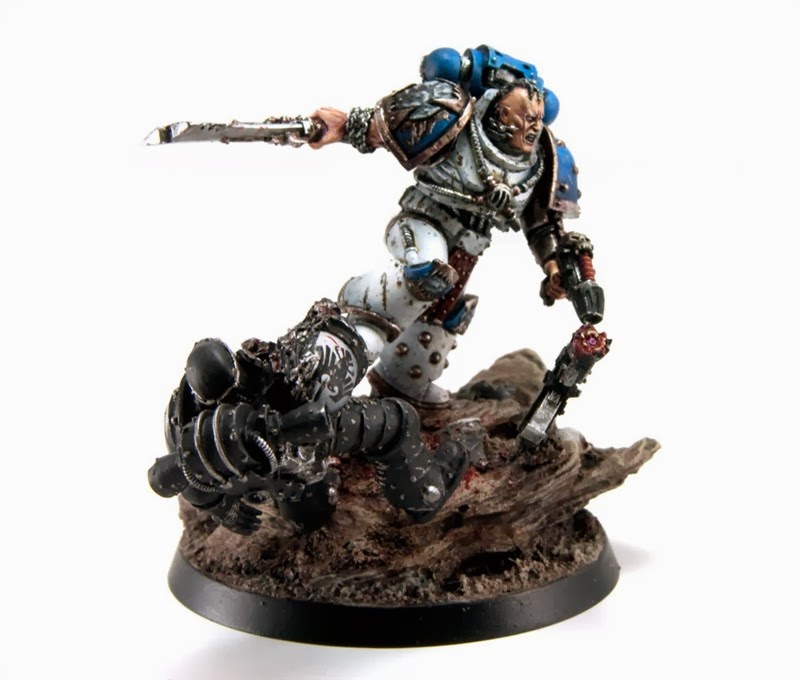 Kharn the Bloody is now ready to be seen from Forgeworld. Its a very dynamic pose, and has two heads and two weapon choices for the models. Of course the non-helmed version shows his rage much better, so I find it hard to believe many will use the helmed version. It is nice though to have options.


The model itself is up for pre-order ready for release on February 28th.
http://www.forgeworld.co.uk/New_Stuff/KHARN_THE_BLOODY.html 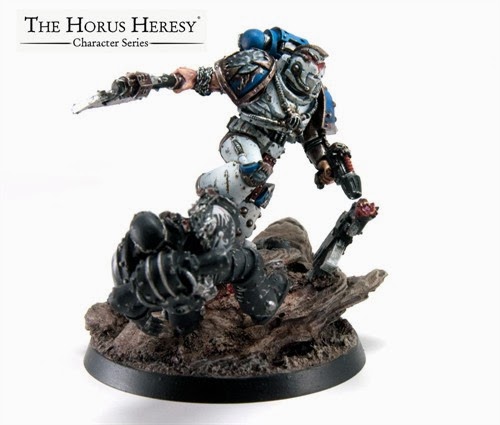 via Forgeworld
A skilled warrior and duellist, Khârn was a line captain at the time of Angron’s rediscovery, but soon rose to become his Primarch’s equerry and one of the few whose counsel he heeded. It was Khârn who acted as the voice of reason for Angron, often bringing his master back from the brink of insanity and curbing the worst of his bloody excesses.

But Khârn was by no means immune to the cancerous rage which afflicted his Legion, and it was upon the ravaged surface of Isstvan III that he first surrendered himself fully to the bloodshed and slaughter. At the height of the battle, Khârn fell during a confrontation with Garviel Loken of the Sons of the Horus, impaled upon the ram of a Land Raider and left for dead by his own comrades. Somehow he survived and his eventual return to the front line was seen by many World Eaters as nothing short of miraculous, a sure sign that he still had some dark destiny to achieve in the bloody days to come.
2/07/2014
Natfka
Forgeworld, News Headlines