Someone With the Dwarf Armybook Verifies Rumors 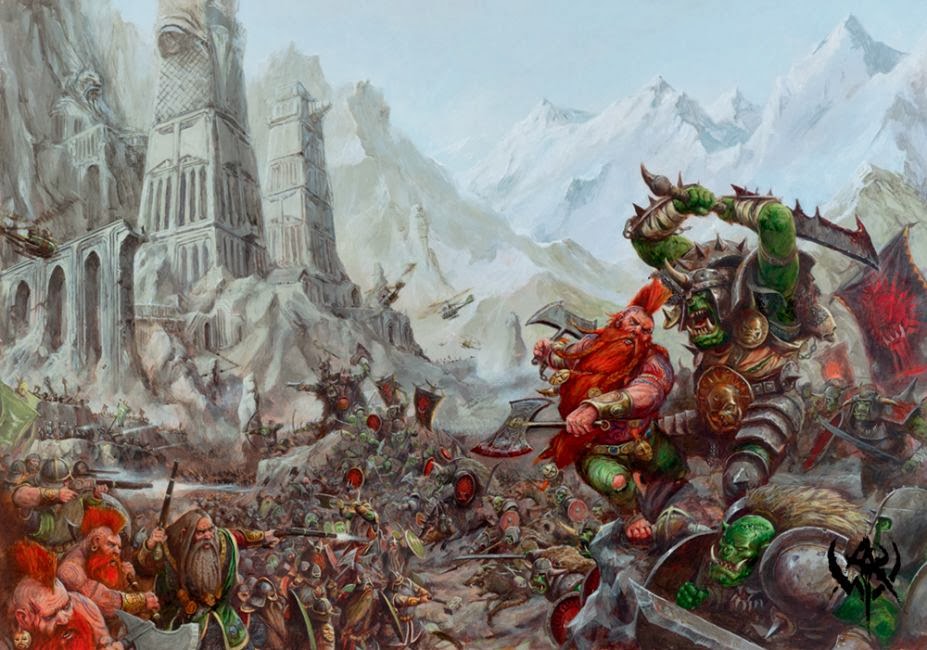 Yesterday we had a rumor source that apparently had a good look at the Dwarf armybook, and today, we have a completely separate reader confirming that those rumors were accurate according to what is in the upcoming release of Dwarves. Not to mention that he added to our information a bit.


Please remember that these are still considered rumors. If you missed yesterday's article on Dwarven rules from the armybook, here is the link.
http://natfka.blogspot.com/2014/02/dwarven-rules-leaked-including-new-rare.html

via an anonymous source on Faeit 212 ****
On your most recent dwarven rumors, I got a look at the book last night at
my local GW store and they are correct on the iron drakes. Also,
gyrocopter got a huge drop in points, almost half, and is now a special,
not rare. Gyrobomber is also cheaper than the gyrocopter's price from the
previous book by 15 points.

There are also some new Rune categories in addition to the old ones.
2/07/2014
Natfka
Dwarves, Rumors, Warhammer Fantasy